Maybe We Don't Need Political Parties At All 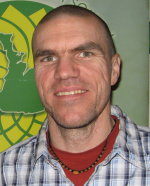 “Those who belong to a certain order of society - people who make big decisions that affect all of us - don’t seem to have much sense of their own fallibility. Being unacquainted with failure, the kind that can’t be interpreted away, may have something to do with the lack of caution that business and political leaders often display in the actions they undertake on behalf of other people.”  - Matthew B. Crawford in Shopclass as Soulcraft

The kind of failure referred to above, is the concrete measurable kind, like when the electrical is repaired but the lights don’t work, the crop is planted but fails to grow, or your bike is fixed but fails to shift gears. It’s failure that carries direct consequences, not the subjective failure of the bureaucratic world where one can usually spread the blame around or duck it completely.

What Does it Take to Get Elected?

As we watch hundreds of millions of dollars being spent on yet another federal election campaign, the campaign expense reports from October's municipal election have been released allowing us to see how much our municipal candidates spent on their campaigns, what they spent it on, and where the money came from.

Readers who are slightly older than I may remember a TV show from the ‘70s called The Gong Show. It was a celebrity variety show complete with bad (sometimes crass) humour, silly stunts, a jeering, hooting audience and as with all bad comedy, plenty of contrived applause.

In fact, it bore a striking resemblance to yesterday’s Ontario budget presentation at Queen’s Park.

Back in December I raised some concerns about the proposed revisions to the Procedural Bylaw which outlined how Meaford council meetings would be conducted for the coming term.

My feeling was that overall the document was a very good one that was filled with some positive changes, however my concerns at the time focused on the new 3 o'clock start time for the monthly Committee of the Whole meetings, and the elimination of public question period from the council agenda.