Municipal Departments Should Not Be Allowed to Dip Into AMFAP Funding

I love the Meaford Museum. For a community of our size to have such a fantastic facility on our beautiful waterfront for residents and tourists to visit is a wonderful thing. I take my children to the museum a few times each year and they are always asking to go back.

Museums are important to any community. They are the guardians of our past. They help showcase our roots and remind us of what life and society has been like as we have moved through history.

What To Do When You've Survived The Rapture

I've been so conflicted over the last week not knowing whether I should be preparing for the first long weekend of the warm season or for the end of the world. Not that my packing list would have been much different for either.

Even though my fate according to those that believe such things would have been less than delightful should the rapture have occurred, I wasn't worried for a single moment. I mean, if you can endure a Meaford council meeting, you can certainly make it through the end-times relatively unscathed. 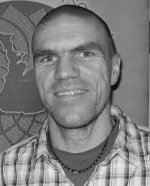 Only a government could take something as pure and simple as wind and make it more despised than a snowstorm in July.

I follow the continued debate about wind power in Ontario with dismay, as both proponents and opponents distort the facts to fortify their positions. To some, the image of a wind turbine is the very symbol of a clean energy future. To others it is the symbol of corporate imperialism; the extraction of resources and profit without compensation.

As the votes were counted and the results began flashing across the television screen, nobody was likely to be surprised that Larry Miller, the Conservative incumbent candidate for the riding of Bruce-Grey-Owen Sound collected more votes than his opponents returning him to Ottawa for another term.

What did come as a surprise, was the strong second place showing of NDP candidate Karen Gventer who though she finished well behind Miller who collected nearly 29,000 votes, capturing 56 percent of the riding's ballots, ended the night nearly 1,000 votes ahead of Liberal candidate Kimberley Love who many had pegged as the lone threat to unseat Miller.